Your browser does not support JavaScript!
Menu
Home Community Alerts and Advisories How we monitor for algal bloom conditions at local beaches

How we monitor for algal bloom conditions at local beaches 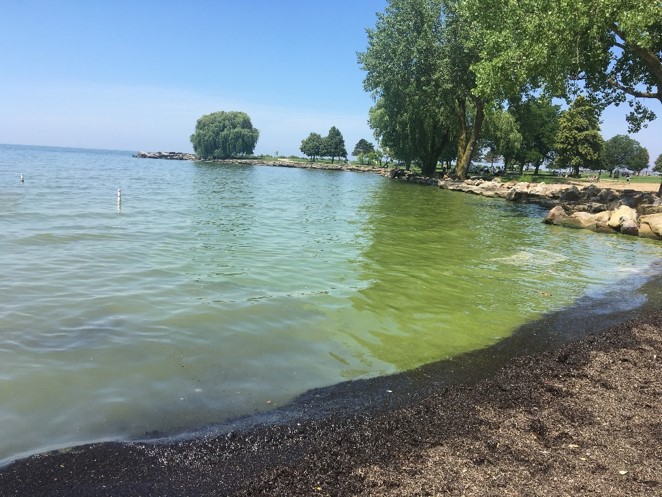 Each morning during recreation season (June through Labor Day), the Northeast Ohio Regional Sewer District tests for E. coli bacteria at Edgewater Beach and Villa Angela Beach. These results are announced via the Sewer District’s Twitter account @NEORSDbeaches and posted online at neorsd.org/beaches

Predicted E. coli levels exceeding state standards of 235 cfu/100ml (235 E. coli colonies per 100 milliliters) result in a classification of “Poor water quality” for the applicable beach and signs are posted by Cleveland Metroparks. Many variables impact the water quality of the beaches, including the presence of waterfowl at the beach, the influence of Lake Erie currents, the fate of pollutants like raw sewage discharged into local water bodies after heavy storms, and stormwater runoff from land surrounding the Lake, which can carry fertilizers, motor oil, garbage, and other pollutants into local water bodies.

While sampling for E. coli, Sewer District investigators visually inspect Lake Erie for any sign of blue-green algae (cyanobacteria) that can produce toxins under certain conditions. If an algal bloom is observed, the Sewer District takes samples and tests for the type of Cyanobacteria and level of toxin present (if any), and results are reported to the Cleveland Metroparks as beach managers.

The Sewer District and the Cleveland Metroparks follow the Ohio Department of Health’s Harmful Algal Bloom (HAB) Response Strategy for Recreational Waters. This Strategy states that informational signs must be posted upon visual confirmation of a HAB at a beach and/or when cyanotoxin levels are equal to or exceed Recreational Public Health Advisory Thresholds, whether or not a HAB is still present. Cleveland Metroparks, following guidance published by the State of Ohio, will issue:

If a Public Health Advisory is necessary, warning signs will remain posted at beaches for a minimum of seven days, even if the toxic algal bloom is no longer visible and/or test results show a decreased level of toxin.

The Sewer District also responds to reports of algal blooms and will conduct testing to determine factors listed above.