Your browser does not support JavaScript!
Menu
Home About Us Trustees and Leadership 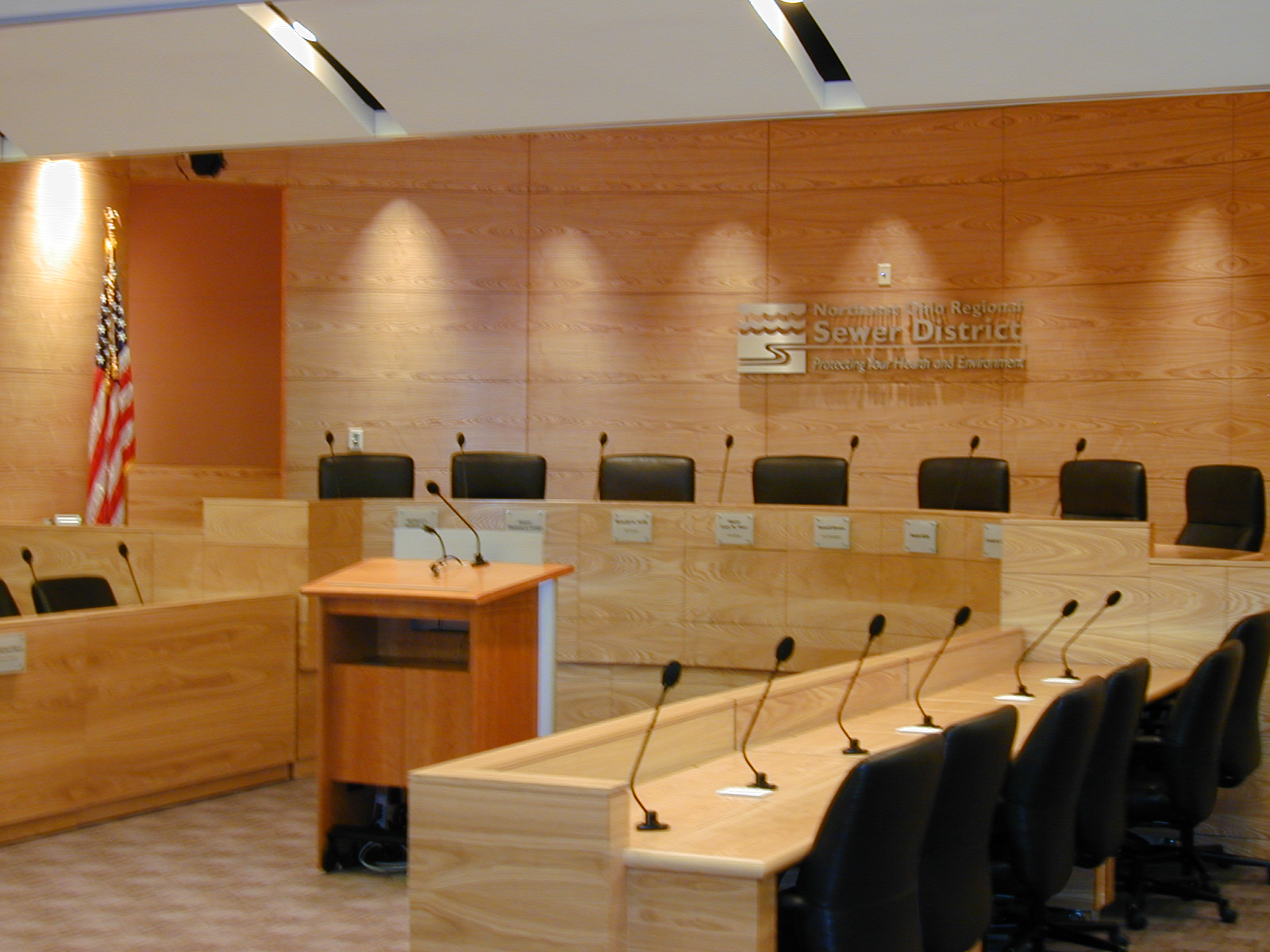 The Sewer District is governed by seven Trustees, each of whom serves a five-year term. Trustees are appointed as follows:

Trustees meet twice each month in regular public meetings to discuss and determine policy and to act upon resolutions presented by Sewer District staff. The Board also holds public meetings for three standing committees: Audit, Finance, and Governance.

Darnell Brown recently retired as Chief Operating Officer of the City of Cleveland where he served the City for more than 47 years. His experience includes overseeing the departments of Public Works, Public Utilities, Mayor’s Office of Capital Projects, and the Mayor’s Action Center. He was part of the senior leadership for the City of Cleveland and an executive advisor to the Mayor. Brown’s civic involvement includes membership on this board and that of the Greater Cleveland Foodbank. He is also the chairman of the board of trustees for the Doan Brook Watershed Partnership and President-Elect of the National Forum for Black Public Administrators.

A former District Trustee from 1985 to 1994, Ronald D. Sulik was reappointed to the Board for his second term by the Suburban Council of Governments in February, 2002. He served as Mayor of the Village of Newburgh Heights for 12 years and has more than 30 years’ experience in public and private accounting, budgeting, cost analysis and financial planning. Ronald Sulik also serves as the Chair of the Audit Committee. 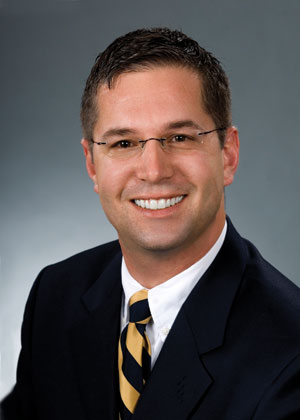 Tim DeGeeter was appointed to the Board in February 2012 by Cuyahoga County Council. DeGeeter became Parma’s 14th Mayor in January 2012. Prior to becoming Mayor, DeGeeter represented the 15th Ohio House District for eight years, which made him the longest consecutive serving member at that time. Before that, he was a Parma City Councilman. He has also served as Assistant Law Director in Avon Lake and Assistant Prosecutor in Berea. DeGeeter is a graduate of John Carroll University and the Cleveland Marshall College of Law.

Sharon A. Dumas was appointed to the Board of Trustees by the Mayor of the City of Cleveland in 2014 and serves as Director of Finance for the City of Cleveland. She has more than 25 years of private and public sector fiscal management experience. The Department consists of 13 divisions represented by 311 employees in all areas of municipal finance and information technology. She had previously served as the Assistant Director of Finance, responsible for directing Sinking Fund, Capital Projects and the Office of Budget and Management.

Mayor Bacci was appointed to the Board by the Suburban Council of Governments in 2010. Prior to becoming Mayor, he worked as a patrolman for the Cuyahoga Heights Police Department and eventually became a detective, serving at the department for almost 15 years. 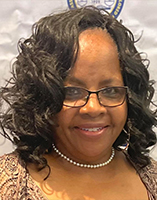 Marjorie Chambers was appointed by Cleveland Mayor Justin Bibb and began her term in March of 2022. Ms. Chambers is the Chairperson of the Northeast Ohio Community Action Program Council (NEO-CAP) and member of the United Auto Workers Union. She is a skilled tradesperson and has worked at General Motors for over 40 years. A two-time graduate of Cuyahoga Community College, Ms. Chambers holds a Bachelor of Business Administration in Management and Labor Relations from Cleveland State University.

As CEO, Ms. Dreyfuss-Wells oversees the operation of one of the largest clean-water agencies in Ohio, a district that treats 90 billion gallons of water every year thanks to the work of more than 750 employees. She works closely with seven Trustees and nine directors to ensure efficient management of hundreds of miles of sewer and stream networks, a multi-billion-dollar 25-year Project Clean Lake program, and a regional wet-weather strategy for the health of Lake Erie and more than one million residents.

Before becoming CEO, Ms. Dreyfuss-Wells coordinated the District’s watershed management, including the Regional Stormwater Management Program and the application of stormwater control measures to reduce combined sewer overflows under the District’s Green Infrastructure Policy. She is past chair of the National Association of Clean Water Agencies (NACWA) Stormwater Management Committee and the One Water Council of the US Water Alliance. She serves on the NACWA Board and chairs the District 1 Natural Resources Assistance Council for the Ohio Public Works Commission’s Clean Ohio Conservation Program. In 2012, Ms. Dreyfuss-Wells received the Stormwater Professional of the Year award from the Ohio Stormwater Association and the NACWA President’s Award.

Mr. Bunsey joined the District in May 2010 after working for 25 years as a consulting engineer for a large national water resources engineering firm where he managed several large capital improvement programs with responsibility for five offices as the Midwest Regional Manager. He has a Bachelor of Science Degree in Civil Engineering from Ohio University and is a registered Professional Engineer in Ohio. Upon joining the District as Deputy Director of Engineering and then Director of Engineering, Mr. Bunsey was directly responsible for the planning, design, and construction of approximately $220M of projects yearly delivered by the Districts 65-person Engineering and Construction Department as well as implementation of the 25 year, $3 billion Combined Sewer Overflow Program known as Project Clean Lake. As COO he oversees the Operations and Maintenance department which operates the three wastewater treatment plants, numerous pump stations and the 330 miles of large diameter collection sewers.

As the Chief Legal Officer, Mr. Luckage manages the District’s in-house legal team and the engagement of outside special counsel. He joined the District in April 2016 after 25 years of federal, state and local government experience. He spent 16 years with a private firm representing local governments with water, sewer and stormwater legal issues. Eric was involved in the formation or representation of dozens of regional districts in Ohio and also assisted municipalities, counties and townships. He is on the Board of the Coalition of Ohio Regional Districts and frequently provides testimony on legislation affecting regional districts. He attended The Ohio State University for his undergraduate studies and received his law degree from Capital University Law School in Columbus, Ohio in 1997. While attending law school in the evenings, Eric worked as a Legislative Aide in the Ohio Senate He also worked for five years at the U.S. Department of Agriculture’s Rural Development office, one of the major funding agencies for rural water and sewer projects.

Mr. Duplay joined the District in June of 2003 as a co-op student and progressed through the Finance Department, being promoted to Controller in January, 2014. He was appointed Chief Financial Officer in May, 2017. In his tenure he has been involved in projects including financial system implementations, debt issuances and utility rate studies. As Chief Financial Officer he is responsible for the overall financial management of the District and oversees the departments of Purchasing, Inventory Control, Contract Compliance and Accounting and Finance. Mr. Duplay holds a Bachelor of Business Administration and a Master of Science in Accounting from Kent State University in Kent, Ohio. His is also a Certified Public Accountant (CPA) licensed in the state of Ohio, as well as a Certified Management Accountant (CMA). Mr. Duplay is a member of the Ohio Society of CPAs, Institute of Management Accountants, Government Finance Officers Association and several other state and national organizations.

Mr. Greenland has worked for the District since 1988. Formerly a Planning Engineer, Project Engineer, Planning Manager, Deputy Director of Engineering & Construction, Director of Capital Programs, he is now Director of Watershed Programs. He has been involved in a variety of wet-weather projects, including the District’s $3 billion Combined Sewer Overflow (CSO) Control Program and the development of the Sewer District’s Regional Stormwater Management Program. A registered Professional Engineer, he earned his degree in Environmental Engineering Technology from the University of Dayton and Masters in Civil Engineering from Cleveland State University.

Mr. Kurup joined the District in November of 2018. He is a native Ohioan, born and raised in the suburbs of Cleveland. Mr. Kurup graduated from Case Western Reserve University with a bachelor’s degree in biology. After college, Mr. Kurup served in the US Army as a combat medic, and a respiratory specialist stationed at Ft. Sam Houston, San Antonio. Mr. Kurup has been in the IT field for 25 years and has worked for several multi-national chemical companies, as well as the Cleveland Museum of Natural History.

Ms. Marshall is joined the Sewer District nearly 20 years ago as an entry-level Engineer and during her tenure served as Planning Manager and Deputy Director of Engineering and Construction prior to her promotion to Director in 2017. Ms. Marshall received her BS in Civil Engineering from the University of Akron in 1997 and her MS in Civil Engineering from Cleveland State University in 2001 and is a registered Professional Engineer in the State of Ohio. She was part of the District’s technical team during Combined Sewer Overflow (CSO) Consent Decree negotiations with U.S and Ohio EPA and the Department of Justice. As Director, Ms. Marshall is responsible for the delivery of the District’s Capital Improvement Program (CIP) including those projects associated with the $3 billion CSO Long-term Control Plan known as Project Clean Lake.