Your browser does not support JavaScript!
Menu
Home About Us Trustees and Leadership Audit committee

Trustee and Board Vice President Ronald Sulik serves as the Chairperson of the Audit Committee, one of three standing committees of the Board of Trustees. The Audit Committee assists the Board as consultants in fulfilling oversight responsibilities with respect to the integrity of the Northeast Ohio Regional Sewer District’s financial statements, compliance with legal and regulatory requirements, independent auditors’ qualifications and independence, the performance of the independent auditors and the District’s internal audit function, and the annual reporting on the committee’s activities. 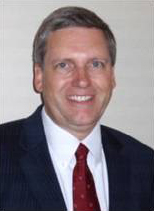 Ken Koncilja has been a member of the Audit Committee since 2014. Ken has over 30 years experience with internal audit and financial reporting. He has been the chief audit executive at four separate Fortune 500 companies most recently with Dana Inc. where he was Vice President, Internal Audit & SOX Compliance. Ken has extensive working knowledge of effective internal controls, financial reporting and risk management. Amongst Ken’s extensive resume of working with various business functions, he has significant experiences with fraud investigations, anti-corruption compliance and corporate governance practices.

Michael Oleksa is a Certified Public Accountant and holds an MBA, BA (Accounting), and BS (Computer Science) from Baldwin Wallace University. In the first half of his career of more than 30 years, he has held positions in audit, finance, and financial reporting with the Department of Defense, British Petroleum, and M.A. Hanna. For the last 16 years, Michael has been employed at STERIS Corporation and is currently the Vice President of Global Operations Quality. He has extensive knowledge in financial compliance of international publicly traded companies and extensive knowledge of the regulatory complexities in the highly regulated medical device arena.