From Executive Director Julius Ciaccia | Today, an article appeared in The Plain Dealer about allegations of bid-rigging in the salt industry that cost the State of Ohio and municipalities millions. Several radio stations already picked up the story, and I’m sure TV will as well.

If you read the story or heard it on the radio, you have found that my name has been associated with the allegations. Let me set out a few points about this story as it relates to me and the Sewer District. They are as follows:

I want to be sure our customers have the full story. Now, other forms of media including blogs are picking up on the report, and before you know it, “a lunch that never happened” helps to sell a story that should sell itself. Customers can be assured that I have no connection to these allegations. 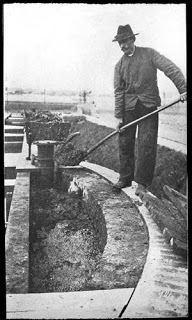