Your browser does not support JavaScript!
Menu
Home PIC: A machine designed to dig tunnels is gonna get dirty. Here’s how dirty.

PIC: A machine designed to dig tunnels is gonna get dirty. Here’s how dirty. 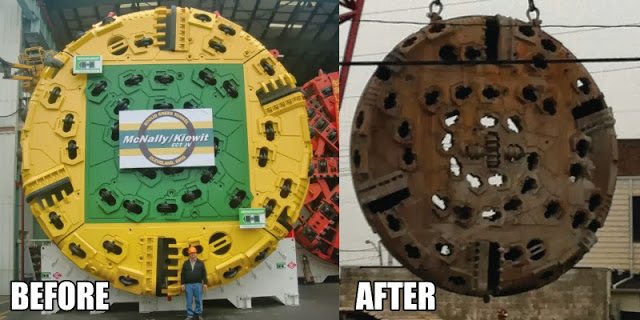 When our tunnel boring machine Mackenzie finished digging the Euclid Creek Tunnel late last month, she did so on-line, ahead of schedule, and under budget.

It’s likely some of the money she saved will go towards a new paint job.

Digging through three miles of shale 200 feet under Cleveland left our boring machine cutterhead with a few scratches, but that’s normal according to our Director of Engineering Kellie Rotunno. In fact, she reported to our Board of Trustees yesterday that the rock was “very cooperative” and Mackenzie’s cutterhead was in good shape considering the length of her journey.

Shale does a number on my cutter discs. You can see the before (foreground) and after (background). #TrackMac pic.twitter.com/LdHAugGs9l
— Mackenzie (@MackenzieTBM) September 9, 2013

After the cutterhead was raised from underground in Cleveland, it was loaded onto a trailer and hauled back to Bratenahl where Mackenzie began her journey in 2012. There it will be stored safely. 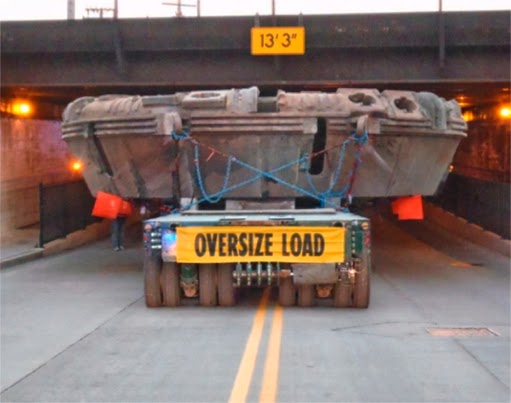 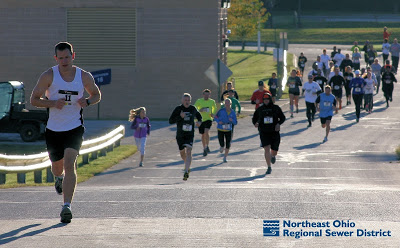 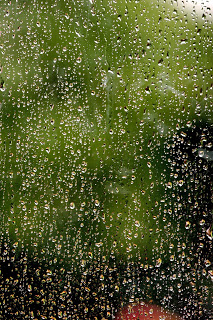