Your browser does not support JavaScript!
Menu
Home #PROJECTS: Huge machinery may draw drivers’ attention on West Shoreway during construction 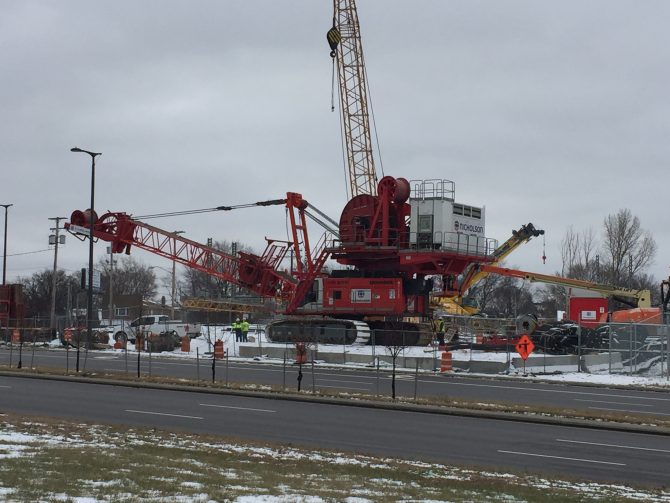 Cleveland (January 14, 2019) – Starting today, West Shoreway drivers will see an unusual site – a large machine used for constructing large-scale sewer tunnels. The machine, called a hydrofraise, is used in the excavation of rock and soils. Assembly should be complete by Wednesday or Thursday.

“The hydrofraise will assist in the excavation of the Westerly Storage Tunnel Shaft 2, which will be about 270ft in depth and nearly 20ft in diameter,” said Senior Construction Site Supervisor Ryan Sullivan. “The shafts provide underground access to workers and machinery necessary for the construction of the sewer tunnel.”

Shaft 2 is located near the intersection of W. 45th St. and Tillman Ave, south of The Shoreway and immediately west of The Harp on Detroit Ave.