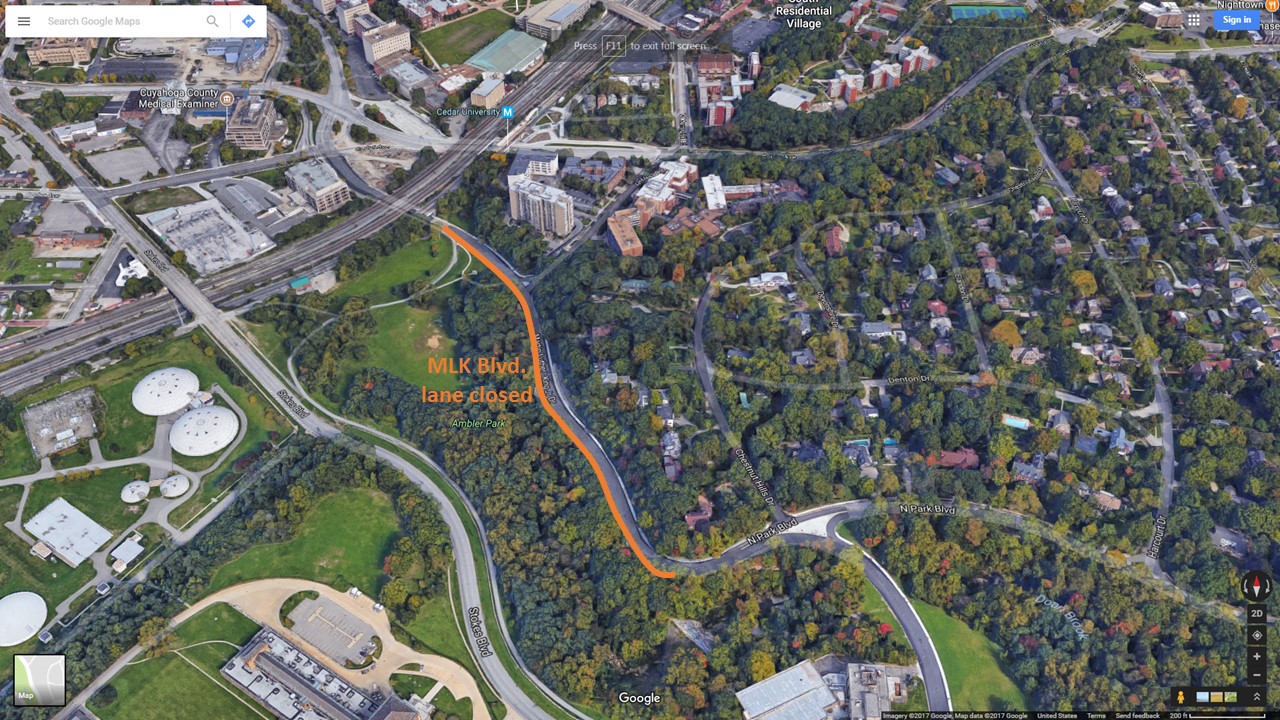 Construction will close the westernmost lane of Martin Luther King, Jr. Blvd near Ambler Park between North Park Blvd. and the bridge north of Ambleside Drive. This closure will remain in effect through November 2021.

In addition, the bike path through Ambler Park will be closed through the end of October as crews work to relocate underground utilities through the park. Signage re-routing cyclists to an alternate route will be clearly visible.

This project began in Summer 2017 and is part of Project Clean Lake, the Sewer District’s $3 billion, 25-year program to control the amount of raw sewage discharged into area waterways, including Cuyahoga River and Lake Erie, during heavy rains. Project Clean Lake will reduce combined sewer overflow (CSO) from 4.5 billion gallons to 500 million gallons by 2036.