We are supporting and participating in the Great Lakes Week Summit and Great Lakes Restoration Conference starting September 11, discussing the challenges and opportunities facing Lake Erie and our entire Great Lakes region.

You can still register to attend, and you can also follow more than 25 hours of programming thanks to a partnership between WVIZ/PBS ideastream and Detroit Public Television.

Here’s the official release and program guide from WVIZ/PBS:

With coverage entitled “Great Lakes Now,” DPTV and WVIZ/PBS will broadcast, webcast and produce other content from the conferences and make it all accessible via their television channels and Web platforms. The content is designed to appeal to everyone, from the general public to industry experts.

To make coverage of the events as accessible as possible, all content—live and/or recorded—will be offered, at no cost, to any public or commercial news organization in North America.  Also, embed codes are available to news websites to stream coverage, free of charge.

Scheduled sessions of interest include a discussion of the impact of algae blooms on Lake Erie, a look at certified clean beaches and other efforts to protect swimmers and an update on the Asian carp situation in Lake Erie.

This year, the partners plan to broadcast and/or webcast:

Veteran journalist Christy McDonald is primary anchor of the coverage. ideastream’s Rick Jackson will also serve as anchor periodically through the week.

“We are continuing our commitment to this important content for a second year because of what public research shows us,” said Rich Homberg, President and General Manager of Detroit Public Television. “Ninety-seven percent of people in the Great Lakes Basin believe the Great Lakes are important to their lives, but only 4 percent say they have a personal responsibility to protect the Great Lakes. That’s a disconnect we want to help bridge, with our partners, through the power of media.”

“WVIZ/PBS ideastream is happy to be working with our colleagues from Detroit Public Television on this important project,” said Jerry Wareham, President and CEO of ideastream. “Through our ongoing community ascertainment called ‘The Listening Project,’ we are well aware of the important role that the environment, and specifically Lake Erie, holds in the hearts and minds of our citizens.”

The Great Lakes Now coverage of the 2012 Great Lakes Week is made possible with support from The Erb Family Foundation, The Joyce Foundation, the Northeast Ohio Regional Sewer District, Cleveland Metroparks and the International Joint Commission. Inquiries about Great Lakes Week events should be directed to Jordan Lubetkin at (734) 887-7109 or lubetkin@nwf.org 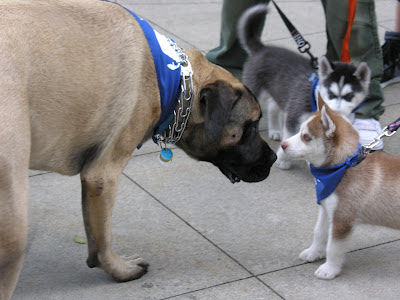 PUP: Grab a mitt, a mutt, and the message 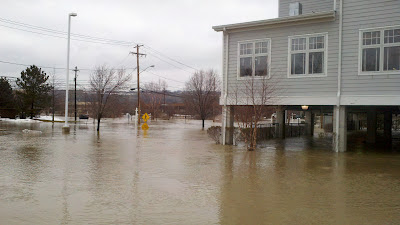 ISAAC: Forecasts keep us on our toes even in Ohio