Your browser does not support JavaScript!
Menu
Home No more minimum charge? What it could mean for customers

No more minimum charge? What it could mean for customers

Among the sewer rate changes being discussed at our public meetings is our proposed elimination of our minimum charge, a move made to address the most common concern from our customers. Here’s a simple explanation and an example of how some of our users will benefit most.

One of our most common customer concerns is the minimum charge for 1 MCF (1,000 cubic feet of water, or 7,480 gallons, currently about $44.75 in Cleveland and $48 in the suburbs) per quarter: “But I don’t use that much water. Why do I have to pay for what I’m not using?” For years, the minimum consumption charge has ensured stable funding for a variety of ongoing and unpredictable costs we face—fuel, energy, and chemicals, for example—and for massive construction projects.

Let’s look at an example. Under the current rate structure, a suburban customer in 2012 using half an MCF per quarter would be required to pay the 1 MCF minimum: $52. Under the proposed plan, the customer would pay the new $5.85 base charge, plus the actual consumption (half an MCF, or $26) for a total of $31.85. The savings would be even greater for Homestead or affordability-program-eligible customers.

The proposed structure provides the greatest benefit to small users.

Four rate-information public meetings remain on our schedule through May. Sewer District Trustees are expected to vote this summer on the final 2012-2016 rates and rate structure. 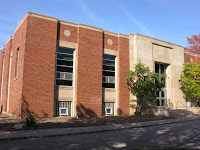