Your browser does not support JavaScript!
Menu
Home GREEN: Our Project Clean Lake agreement was groundbreaking, and here are 7 reasons why.

GREEN: Our Project Clean Lake agreement was groundbreaking, and here are 7 reasons why. 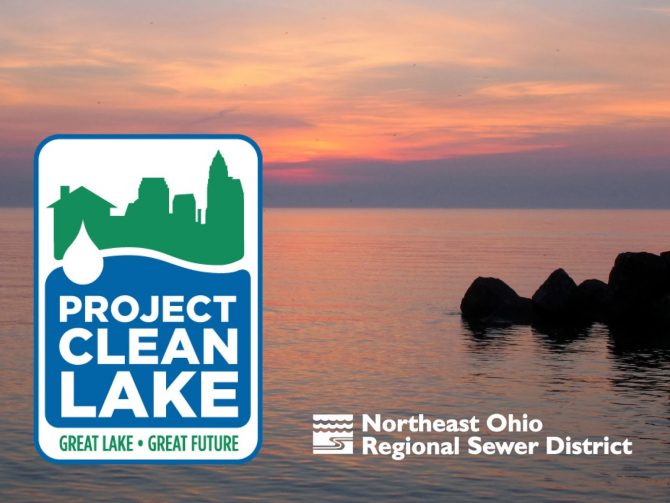 Here are seven reasons why.

1. Green now, and more green where it makes sense.

Our consent decree, what we call Project Clean Lake, is deliberate and strategic, focusing large gray and green infrastructure investments in a designated area (our combined sewer service area, which is the City of Cleveland and 11 surrounding suburbs) to reduce pollution.

It’s a lot of gray, like huge tunnels for storage of sewage and stormwater, but green infrastructure is an important part of our agreement. We are already doing 10 large green infrastructure projects in the next five years that will control over 46 million gallons of combined sewer overflow.

That will be done through bioretention, infiltration, and other landscape features that are greening neighborhoods while cutting overflows.

It’s important to keep in mind that tunnels do give us the ability to get a large volume of raw sewage out of our waterways and Lake Erie. For example, once the Euclid Creek Tunnel goes online, it will remove 300 million gallons of combined sewer overflow in a typical year.

Philadelphia’s green infrastructure plans have gotten a lot of attention nationally, and we think Philly’s program is great. We like is so much that we’ve actually implemented many of the same types of projects in Cleveland and its neighboring communities, and, in most cases, ours are on a larger scale with higher volumes of capture.

To that end, there are significant differences to our approaches, and much of that is because of our location on a Great Lake. Our plan’s capture rate will be 98%, meaning 98% of wet-weather flow in the combined sewer area will receive treatment, versus Philadelphia’s rate of 85%, an important difference.

As you’ll see later in this list, we have already done over a billion dollars of work reducing combined sewer overflows, enough to put us already at a capture rate of 80%.

Similarly, affordability was a key concern in both agreements. Philadelphia determined that to meet a capture rate close to 95%, it would require gray infrastructure at the cost of $9 billion over 25 years. Its $2 billion greener plan was more “affordable” but captures 10% less combined sewage than what their original all-gray plan could have done. Our combination of gray and green meets our 98% requirements over the same 25-year timeframe for $3 billion.

Many of our local communities are asking, “Why can’t we be more like NEORSD” when it comes to thinking green and, as such, they’ve implemented green infrastructure proactively. Why? Because our consent decree opened the door for green infrastructure within the combined sewer area, it also is helping establish a framework for evaluation of green projects.

3. Lots of potential for vacant lots.

Using vacant lots is a great idea, and it’s something that we have incorporated into Project Clean Lake. Here’s how:

4. Taking action because time is money (and more pollution).

Controlling combined sewer overflow is federal law, and has been since the 1990s. Waiting would have escalated costs.  For comparison, our investment of $900 million to cut CSO volume in half between 1972 and 2011 would have cost more than $1.5 billion in today’s dollars. Besides, every year we waited was allowing more and more raw sewage to be dumped into our local waterways. Is this something we want to embrace as a community?

The CSO-control efforts we undertook well before the consent decree were both efficient and cost-effective, averaging a value of 22¢ per gallon of CSO controlled.

5. A groundbreaking agreement, with more ground to break.

Our 2010 consent decree was the first in the country to formally incorporate green infrastructure. From that, it opened the door for other communities to embrace more green opportunities.

We also negotiated a longer time frame (25 years, rather than the more common 15 or 20 years). The federal government wanted a higher level of control (above and beyond the 98%), which would have had minimal environmental impact but would have added exceptional expense to the program. Plus, we were able to fight for affordability considerations to lessen the financial impact on customers.

6. Controlling combined sewer overflow even before it was official.

Even before we signed an official agreement in 2010, we had already invested decades of projects to cut the region’s combined sewer overflow volume in half—from 9 billion gallons annually in the 1970s down to 4.5 billion gallons in 2011. 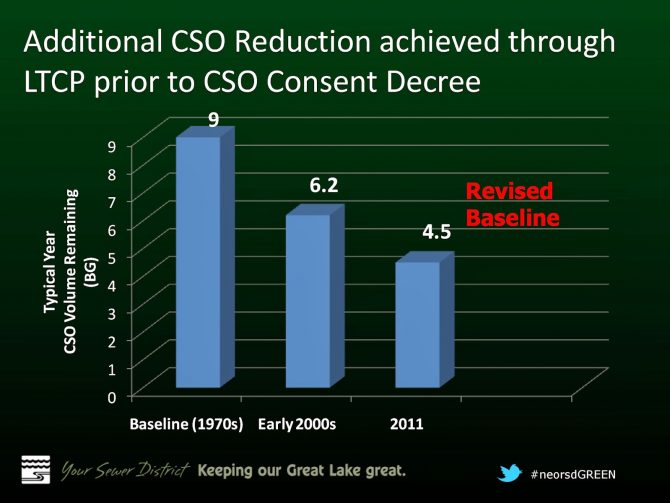 7. Yes, other options were on the table.

Some have asked if we considered other options besides large tunnels and green infrastructure. Sewer separation—separating combined sewers into storm and sanitary sewers—was one of them, and source control was another. We did our homework. We found that construction of large-scale tunnels was the most cost-effective for reducing the volume of raw sewage in local waterways. 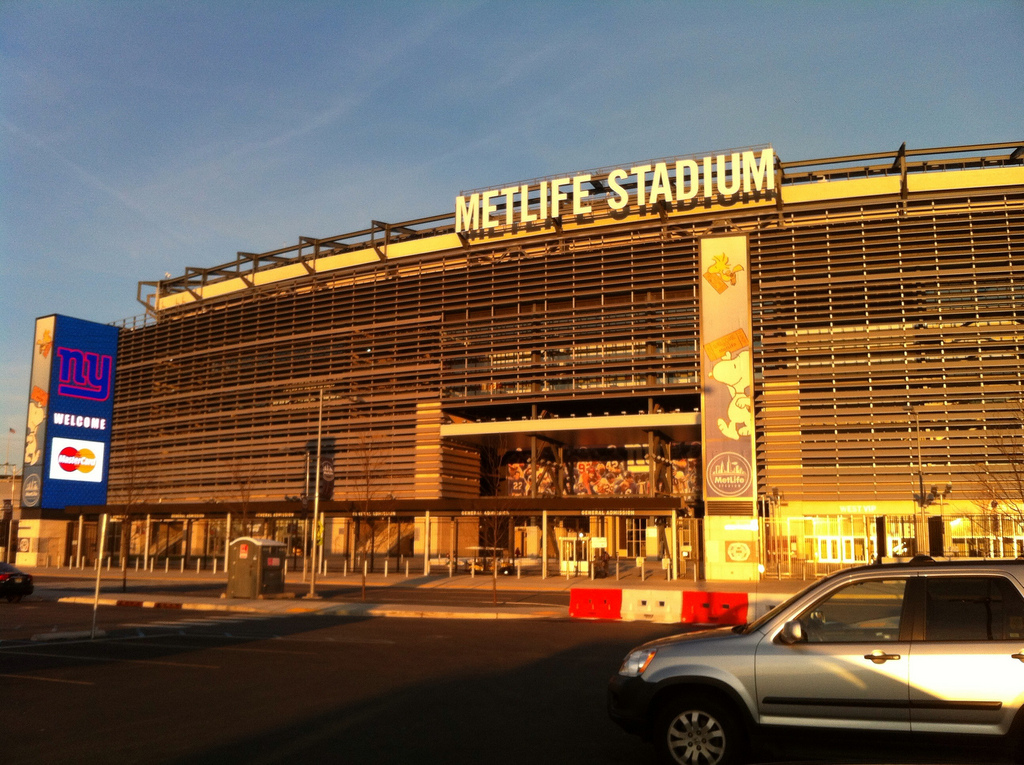 LEGEND: Story of toilet surge during big game is... 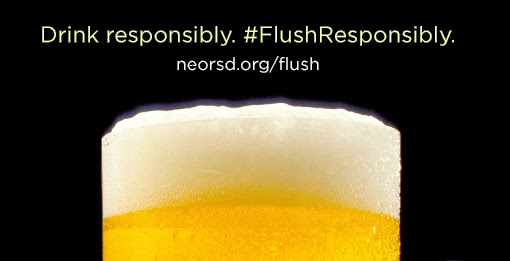 TIPS: Your bowl is not super. #FlushResponsibly