Traffic along Superior Avenue between W. 6th, W. 9th Streets will be reduced to one lane in each direction starting May 19

May 10, 2017—Traffic in downtown Cleveland will be impacted by the Northeast Ohio Regional Sewer District’s Superior Stones Canal CSO Improvements Project. Beginning the evening of May 21, 2017, construction will reduce Superior Avenue to one eastbound lane and one westbound lane between W. 6th Street and W. 9th Street. 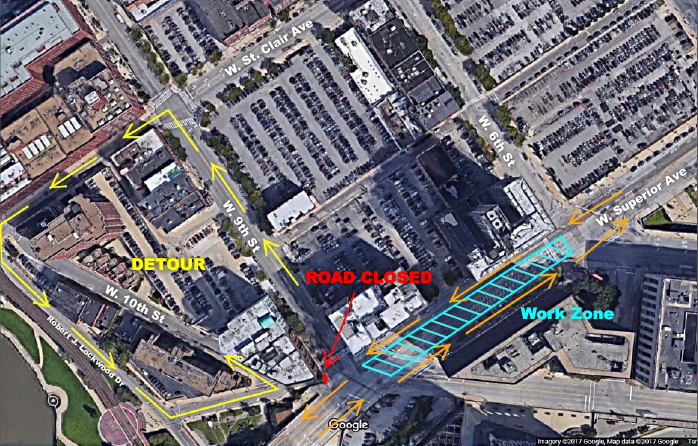 In addition, W. Superior Avenue between W. 9th Street and Robert J. Lockwood Drive will be closed to westbound traffic. These closures will remain in effect through December 2017.

UPDATE June 1, 2018: Our project manager reports that along the Superior Ave work zone, the pavement restoration work has finally started, but will not be completed until the end of June, weather permitting.