Traffic in construction zones will be impacted for additional eight weeks 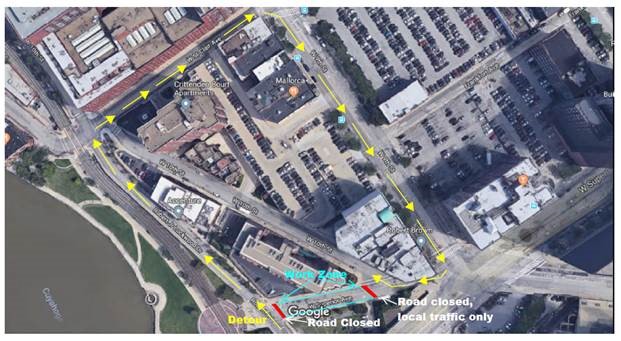 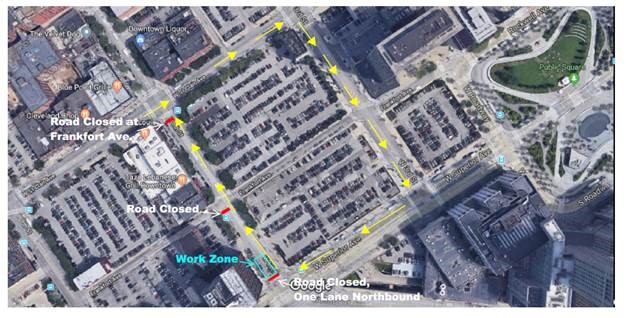 Beginning February 8, southbound traffic on W. 6th Street between St. Clair and W. Superior Avenues will be detoured. A single northbound lane will remain open and all access to parking lots will be maintained during construction. Southbound RTA trolleys and buses will be rerouted accordingly and riders are asked to check riderta.com for updates.