Your browser does not support JavaScript!
Menu
Home WEATHER: Do Great Lakes have storm surges?

When waterborne natural disasters like Hurricane Matthew affect the coasts, one of the biggest threats is not the wind. It’s the storm surge.

The surge is the dramatic rise of sea levels and wave height along a coast ahead of the hurricane. While a hurricane is an ocean phenomenon, do the Great Lakes have storm surges? The answer is yes.

Lake Erie and its sister Great Lakes’ storm surges are also referred to as seiches, changes in water levels and movements caused by storms. They can be dramatic but without the surge warning that precedes hurricane events.

Michigan Sea Grant reports one of the greatest reported seiches was in Lake Michigan in 1956 when lake levels jumped 10 feet so unexpectedly that beachgoers had to run for safety.

Wastewater treatment facilities like ours sit right along the Lake Erie shoreline. Could they be affected by a seich? Not likely. Most storms across Lake Erie blow from west to east, the same direction as the orientation of our lake. That means the eastern and western ends of the lake are more susceptible to the large-scale sloshing of the lake water levels.

Still, rain has a major effect on wastewater treatment systems (especially in older cities like Cleveland where sewage and stormwater flow in the same sewers) and regional stream networks. 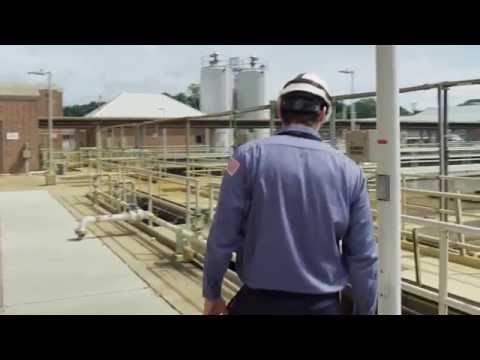 WATCH: Why we do what we do.

NEWS: "I can happily announce my intent to...