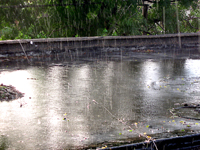 The Court of Appeals of Ohio, Eighth Appellate District, with jurisdiction over Cuyahoga County, today rejected a second round of appeals from groups opposing the Northeast Ohio Regional Sewer District’s Stormwater Management Program. The initial appeals were dismissed March 30.

“These appeals were premature and the Court agreed with us,” said Executive Director Julius Ciaccia. “Given the Court’s repeated affirmation of our authority to implement this program, we are eager to move forward with our plans.”

Court of Common Pleas Judge Thomas J. Pokorny issued an opinion February 15 in the case of Northeast Ohio Regional Sewer District vs. Bath Township, Ohio, et al. (CV-10-714945). The Court has twice ruled to reaffirm the Sewer District’s authority to implement a regional Stormwater Management Program; the first ruling occurred in April 2011. The Court further ruled that charges for this program are considered a fee, not a tax as argued by Defendants.

The Sewer District has reached settlement with the Catholic Diocese, Cleveland Metropolitan School District and the NAACP.

A hearing between the Sewer District and opposing parties was previously scheduled by Judge Thomas J. Pokorny for March 19, 2012, to address several proposed changes to the Stormwater Management Program. These changes include an alternative community cost share formula, additional fee options for non-residential customers, engineering cost credits and the development of stormwater-related curriculum for schools. This hearing was delayed until the Court of Appeals could rule on the opposing parties’ appeals.

The Sewer District’s Stormwater Management Program will address flooding, erosion and water quality problems throughout its defined service area. In addition, the Sewer District will assume responsibility for millions of dollars of necessary maintenance along streams across the region.

The average homeowner within the Sewer District’s Service Area would be charged $4.75 per month, or $57 per year, to pay for stormwater-related construction projects and maintenance. The Sewer District has identified more than $220 million of needed construction projects, and detailed planning on some projects has already begun. These stormwater-related projects will provide relief to multiple communities within each watershed. 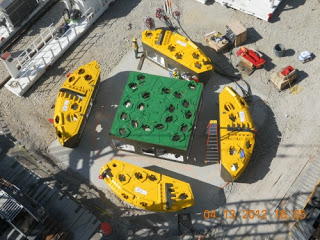 TUNNEL: I love it when a TBM comes together.