Your browser does not support JavaScript!
Menu
Home NEWS: Could @POTUS’ final State of the Union bring infrastructure into the spotlight?

NEWS: Could @POTUS’ final State of the Union bring infrastructure into the spotlight?

President Obama will present his final State of the Union address Tuesday night. In addition to big-picture “reaching for the stars” commentary, could he also note the importance of reaching underground?

Infrastructure was a surprise stand-out issue in Obama’s SOTU at this time last year, so what are the odds he tees it up again? From funding and public-private partnerships to signing a microbeads ban just last month, water and infrastructure have made news in Obama’s second term, and some think another infrastructure push could make sense on this stage.

When President Obama visited The City Club of Cleveland in March, the topic of infrastructure was raised by an audience member, prompting a response from the President, “Infrastructure shouldn’t be controversial.”

“I have been pushing for us to fund infrastructure since I came into office because we’ve got $2 trillion worth of dilapidated roads, bridges, sewer lines, and then there’s a whole new infrastructure that we have to build in terms of a smart grid that’s more secure and reliable in terms of how we use energy and making it more efficient.”

Cleveland residents currently have infrastructure matters on their minds as roads are orange-barrelled and Public Square renovation
presses on in advance of the July 2016 Republican National Convention. At the same time, freezing temps have led to broken water mains and rerouted traffic
to start the new year.

The American Society of Civil Engineers’ 2013 Infrastructure Report Card put the condition of our country’s roads, bridges, water and sewer systems, and more at an underwhelming and disconcerting D+ average.

“To prioritize improvements in infrastructure, there needs to be bipartisan acknowledgement that some solutions can’t be put off forever,” said Chief Executive Officer Julius Ciaccia following President Obama’s visit.

We have huge plans over the next 20 years to reduce Lake Erie pollution by 4 billion gallons annually. Currently, our plans to not anticipate significant Federal funding since the grants program ended back in 1990, but significant construction of gray and green infrastructure will be critical to the program’s success. 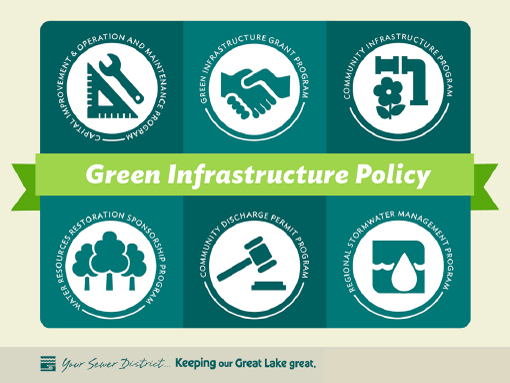 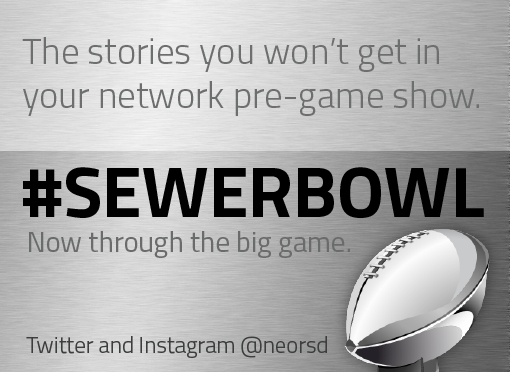 #SewerBowl: Because we know the biggest games are...