Your browser does not support JavaScript!
Menu
Home NEWS: Kyle Dreyfuss-Wells to be appointed CEO, sees “opportunity to build upon successes”

NEWS: Kyle Dreyfuss-Wells to be appointed CEO, sees “opportunity to build upon successes” 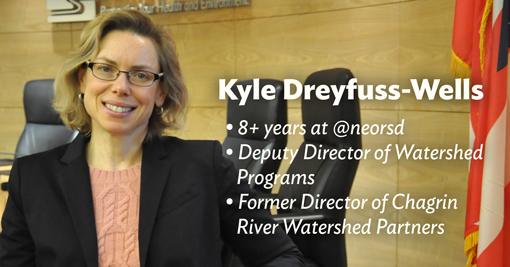 “Under the leadership of CEO Ciaccia, the Sewer District has become one of the most renowned progressive environmental organizations in the nation,” Dreyfuss-Wells said. “I would like to thank the Board of Trustees for giving me the opportunity to build upon those successes.”

Dreyfuss-Wells has been with the Sewer District since 2008, and currently is the Deputy Director of Watershed Programs. In addition to her leadership role in the development and implementation of the Regional Stormwater Management Program, Dreyfuss-Wells played a critical role in the negotiations with the federal government of Project Clean Lake, the Sewer District’s program to significantly reduce the amount of raw sewage discharging into the environment.

She has led on the Sewer District’s Green Infrastructure Program, including the implementation of the grants program, which is designed to remove stormwater from the combined system as redevelopment activities occur.

She has been integral in the development of the Member Community Infrastructure Program, a funding program provided by the Sewer District to assist member communities in addressing water quality and quantity issues associated with aging sewer infrastructure that adversely impact human health and the environment.

“Since she began her career with us, Kyle demonstrated significant leadership related to water-quality issues, both at the Sewer District and during her work with national water organizations like the National Association of Clean Water Agencies,” said Ciaccia.

“This will be beneficial as the Sewer District continues to lead on local and national sewer- and stormwater-infrastructure issues, from high-performing plant operations to regional stormwater management efforts.”

Darnell Brown, Chief Operating Officer for the City of Cleveland and Sewer District Board President, says Dreyfuss-Wells has demonstrated enthusiastic leadership and a commitment to this region. “She has not only played an integral role in addressing wastewater issues like combined sewer overflows, she’s a visionary and a pioneer in matters related to stormwater issues. This is extremely important as we continue to enhance this piece of our core mission.”

Brown went on to say that in her previous work as Director of the Chagrin River Watershed Partners, Inc., she worked with local municipalities to improve their stormwater control best practices, protecting our region’s water quality resources. “She’s perfectly situated to continue our decades-long work in improving sewer infrastructure as well as carrying out our Regional Stormwater Management Program.”

“I’m also pleased that we had such a strong internal candidate to promote to the CEO position,” said Brown. “It speaks highly to the talent we have in this organization.”

“Kyle’s passion is second to none, and that’s saying a lot when you’re among Julius Ciaccia’s Senior Staff,” said Jack Bacci, Mayor of Cuyahoga Heights and Sewer District Trustee. “Notably, I’m impressed with Kyle’s commitment to continuing the Sewer District’s role in protecting our region’s most valuable asset, Lake Erie, ensuring its sustainability for future generations. …We are also excited that Kyle will continue the Sewer District’s high level of attentiveness to the needs and concerns of our elected officials and customers.” 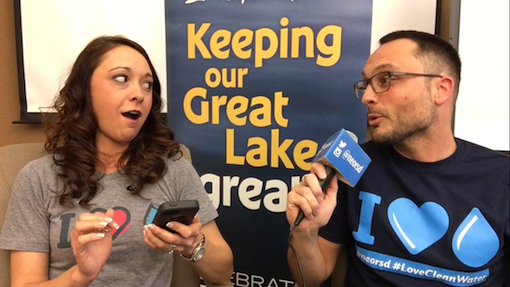 BUZZ: Where poo and pop culture collide, we are... 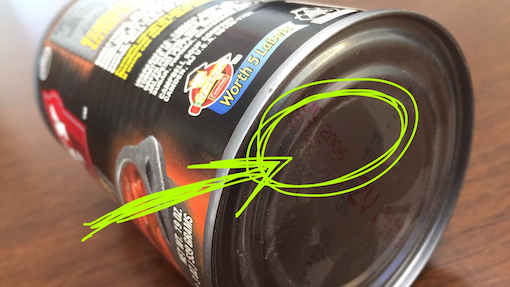 LIST: We found a can of soup at @neorsd HQ dated...