Your browser does not support JavaScript!
Menu
Home PROJECTS: 7 things to know about green infrastructure projects in East Cleveland

Sewer
projects often are much more than sewers. And solutions can be found beyond the construction sites many are used to. 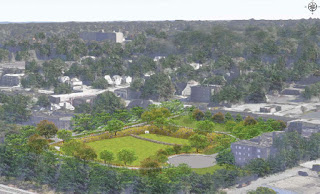 One of our current projects scheduled for this year is happening in part in East Cleveland, a combination of sewer and green-infrastructure construction that will reduce pollution to local waterways.

The project name is a mouthful: The East 140th Street Consolidation and Relief Sewers project, or E140CRS.

1. Cleveland is built on old (but maintained) sewer network known as combined sewers.

We start at the beginning, a long time ago. Combined sewers carry stormwater and sewage in the same pipe, a design that dates back to the early 1900s; it was effective for moving and collecting wastewater back in the day.

Combined sewer overflows result because the sewer system in East Cleveland—and other older, urban communities—is not equipped to handle the mixture of stormwater and sanitary sewage that results from significant rain events. When the sewers reach capacity, they overflow to the environment at relief points called combined sewer overflows. Overflows affect the environment, water quality, and public health.

In
2009 the Northeast Ohio Regional Sewer District signed a consent decree
with the United States Environmental Protection Agency. The decree
known as Project Clean Lake mandates that the District reduce annual combined sewer overflows in Northeast
Ohio by approximately 4 billion gallons. The utilization of green infrastructure measures is a component of this effort.

Additionally,
portions of East Cleveland have a combined sewer system, and CSOs are
an issue in the area. This project, along with eight others throughout
the combined sewer area, will allow the District to begin to address the
CSO problem while helping to satisfy the green infrastructure portion
of the consent decree with U.S. EPA.

The Sewer District plans to construct three green infrastructure features within the City of East Cleveland. These features are designed to capture stormwater, removing it from the combined sewer system, and preventing a million gallons of combined sewage from discharging into Lake Erie and local waterways annually.

4. Green infrastructure basins are only part of a much larger project resulting in cleaner water and less pollution. 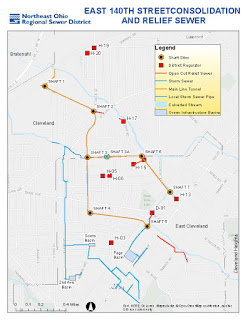 As part of E140CRS, In addition to the three green infrastructure basins and related new storm sewers, the Sewer District will also construct a relief sewer to capture combined sewer overflow that currently discharges into Nine Mile Creek and Shaw Brook and deliver the flow to the Euclid Creek Tunnel and the Dugway Storage Tunnel.

These relief sewers are just as important as the green infrastructure basins in meeting the District’s goal of reducing CSO in East Cleveland.

The entire project is scheduled to begin in late 2016.

5. Reducing basement flooding in eastern suburban communities is not the purpose of the East Cleveland green infrastructure basins.

The purpose of the green infrastructure basins in East Cleveland is to
reduce CSOs into the environment in and around East Cleveland. Secondarily, the District hopes that by converting unused plots of land
within East Cleveland into more aesthetically pleasing, park-like
amenities these basins will provide some additional community benefit. The reduction of basement flooding in other Northeast Ohio communities
is not a component of this project.

6. The green infrastructure basins are local, non-toxic, and not swamps. 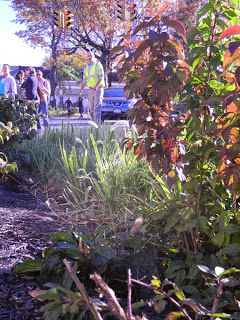 Some residents are concerned that the project’s three basins in East Cleveland will collect stormwater from Beachwood and other eastern suburban communities. That is not the case.

The basins will only capture and temporarily store stormwater from a defined “catchment” area in and around the basins themselves. The project is designed to reduce the stress on the sewer system in East Cleveland and to help address CSOs. Upstream communities have separate sewer systems from East Cleveland and already discharge stormwater to streams within their respective communities.

The project is not bringing sewage or stormwater from Beachwood or other eastern suburbs into East Cleveland. East Cleveland and all the eastern suburban communities in the
region are part of the various smaller watersheds that drain to Lake
Erie. These smaller watersheds include Doan Brook, Dugway Brook, Shaw
Brook and Nine Mile Creek. These rivers and streams carry stormwater
to Lake Erie.  The Sewer District’s interceptor pipes, designed years
ago, carry sanitary sewage from upstream communities and East Cleveland
to our Easterly Wastewater Treatment Facility. There is no agreement
between the Northeast Ohio Regional Sewer District and the City of
Beachwood or any other upstream community which allows sanitary sewage
or stormwater to be stored in East Cleveland.

Many other green infrastructure projects are taking root across Northeast Ohio.

And the water seen in these basins after storms is stormwater, NOT toxic sanitary sewage.

These basins are being built to manage stormwater, in large part to address the human health and toxicity issues that result from combined stormwater and raw sanitary sewage currently being discharged into the environment in East Cleveland and the combined sewer area.

Because they are capturing runoff from the surrounding area, it is common for basins to collect floatable debris like cans or bottles; maintenance ensures the areas are clear as part of a routine schedule.

Should you expect to see standing stagnant water in these basins for days or weeks at a time? No. On average, 240 days per year these basins will be completely dry.

During moderate rain events the basins will hold up to 18 inches of water and will drain within 27 hours. During strong rain events—statistically occurring once every five years—the basins will hold about four feet of water and will drain within 16 hours or less. The short drainage time will largely prevent the development of mosquitoes in the basins as mosquito larvae take at least five days to mature and cannot survive without a sustained water source. If the water source evaporates or drains before the larvae transform into adult mosquitoes (as will happen with these basins), they will die.

7. The Sewer District is responsible for cleaning and maintaining the green infrastructure basins in East Cleveland.

Maintenance includes trash cleanup and care to ensure that both the appearance and functionality of the basins remains in good condition. Like similar basins we manage, these will be on a routine maintenance schedule throughout the year. If you see maintenance or clean-up is necessary, please report it to our Customer Service department (216) 881-8247.

If you have questions, tweet us, comment below, or you can reach Customer Service at the link and number above. 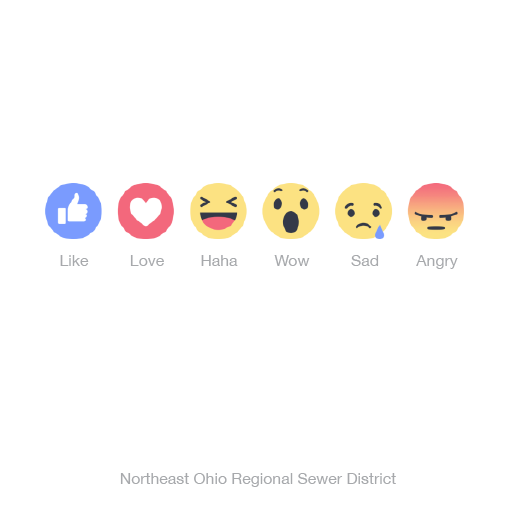 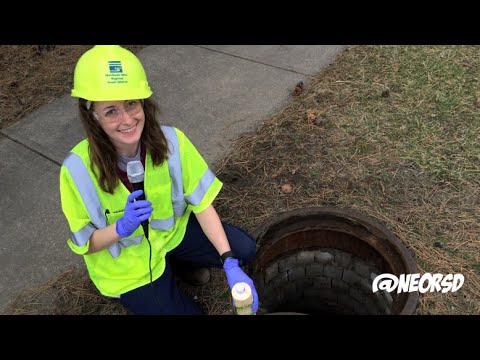